I don’t know what it’s like where you live, but summer has come to a screeching halt here in Maine. I’m sitting in front of a little electric heater as I write this. It seems almost silly to be blogging about clothes that most likely won’t get worn again until next summer. Bear with me, but here goes.

I managed to bang out two pairs of linen shorts in time for the Labor Day wedding. Both are Thread Theory’s Jedediah pattern. One pair is made according to the pattern, with back yoke and patch pockets. The other is made without the yoke, it has back darts and welt pockets. Here is a link to a tutorial on the Thread Theory website that shows how to make this change. The Jedediah pattern is already my “go to” pant pattern. Having the ability to change the back pockets makes it even more indispensable.

First up, the patch pocket version. 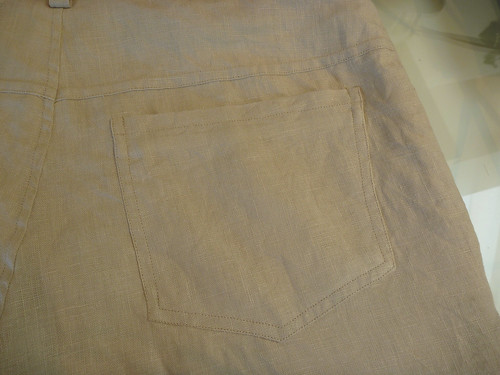 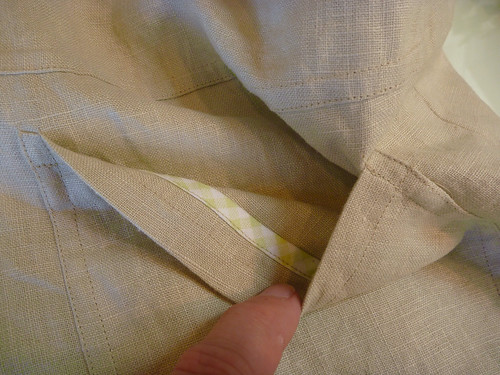 The patch pockets are finished off with gingham bias binding. 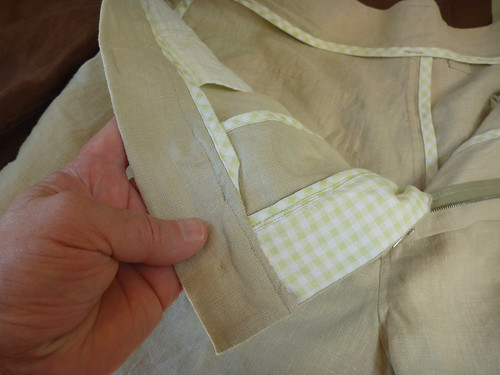 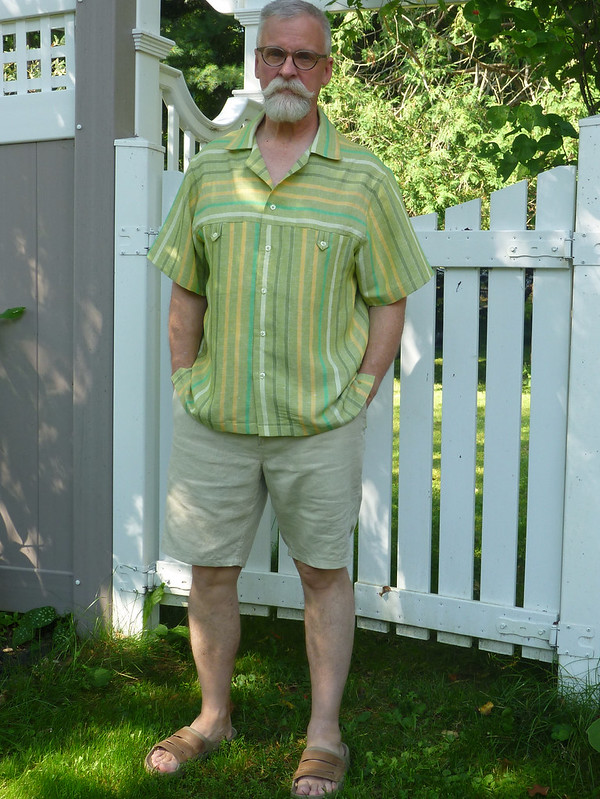 Here I’m wearing them with my new linen camp shirt. 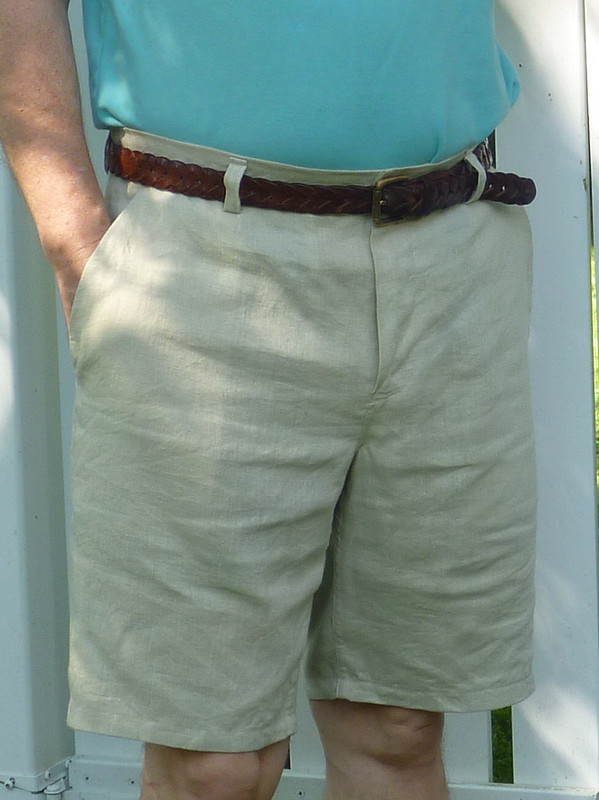 The Jeds shorts can be rolled up to expose the binding at the side seams. I tried it, but decided it just wasn’t working for me. I’ll leave that look to younger guys with better legs! 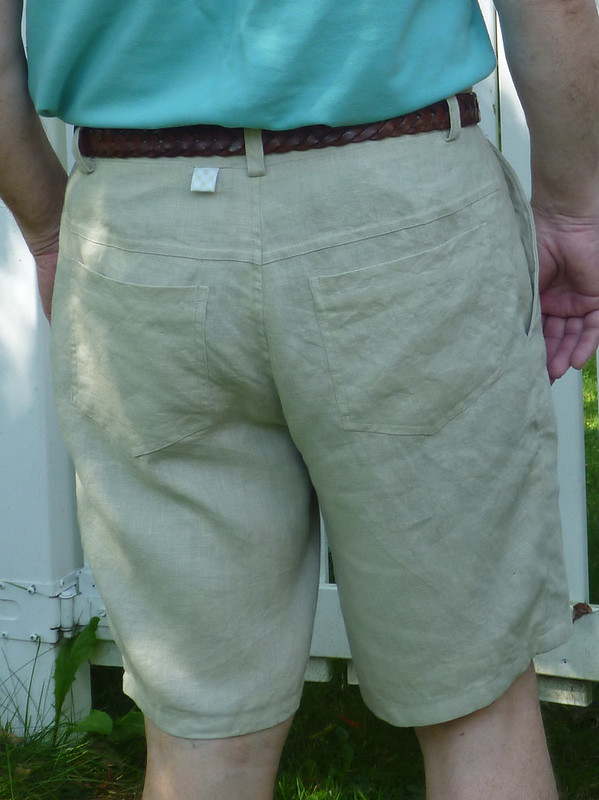 The patch pockets are placed a little higher than specified in the pattern. It just works and feels better for me. I added a little gingham tag just for fun. 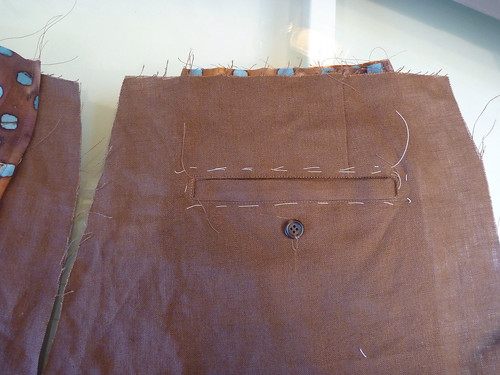 Here is the welt pocket version in process. The Thread Theory tutorial shows how to redraft the back and add the dart. It also details how to construct the pocket. I opted to use Roberto Cabrera’s pocket instructions because I’m more familiar with them. Either way, it looks complicated but it’s WAY easier than you might think. 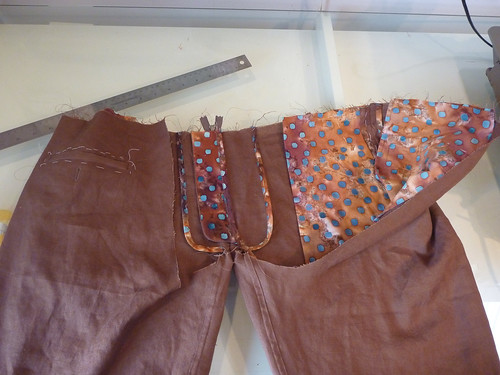 I have an earlier PDF of the Jeds pattern, and have changed the sequence of sewing them up. I make all the pockets first and then move on to the fly. I sew just a few inches of the crotch seam. It keeps everything flat, and makes constructing the fly much easier. Once the fly is finished I sew the flat felled inseams. Then I move on to the outer seams. It will look the picture above. I leave the crotch seam till last. 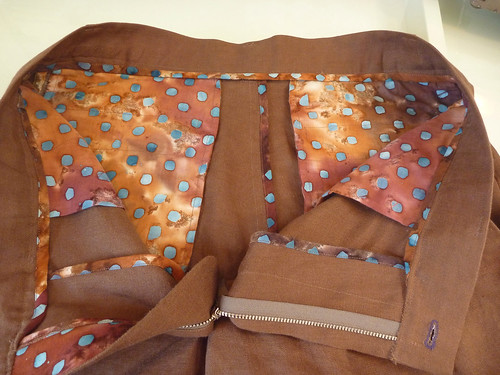 Here is the completed inside. It takes a yard of cotton fabric, a batik in this case, to make the pockets and bias binding for a pair of Jeds. This batik was only $5. Well worth the additional expense and time spent to have such a fun finish on the inside. I love it. 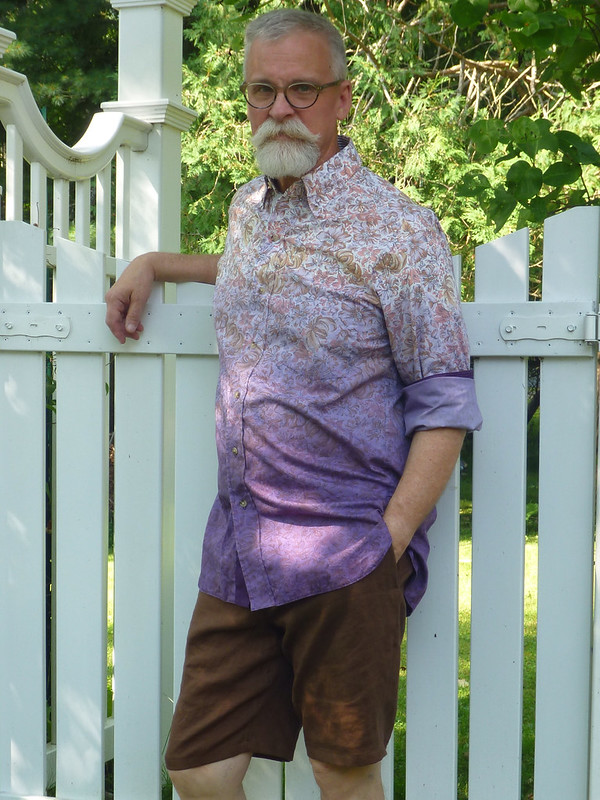 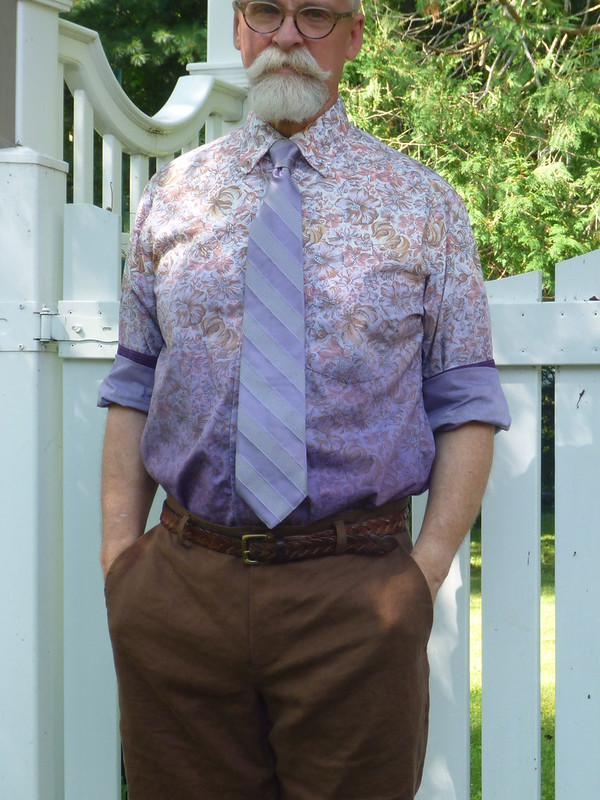 That’s it for summer sewing. In retrospect I accomplished a lot this season. A suit, two shirts, two pairs of shorts and a last minute pair of cargo pants. I still have material for another pair of shorts, but I’m totally over them. Into the stash it goes until next spring. 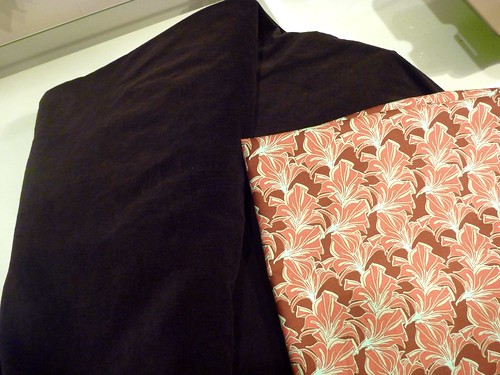 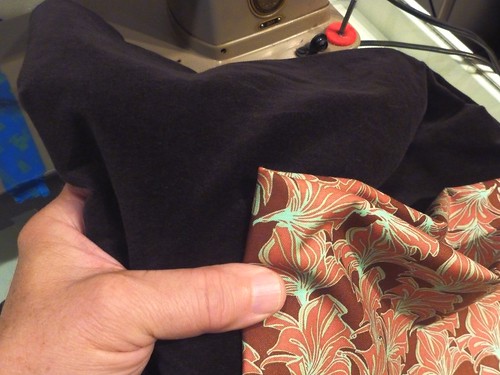 Dark brown velvet Jeds with a somewhat William Morris fabric for the pockets and trim. Fall has arrived!

10 thoughts on “The Last Hurrah of Summer Sewing”