Honestly, I never saw myself as the cargo pant type. But let’s face it, there aren’t a lot of choices out there for us guys.

I really needed up spruce up my wardrobe for last weekend’s wedding, part of which involved a “casual attire” rehearsal dinner. I really wanted something different. And since linen practically screams “summer casual”, I set my sights on a pair of loose fitting linen pants. Enter McCall’s 2815. 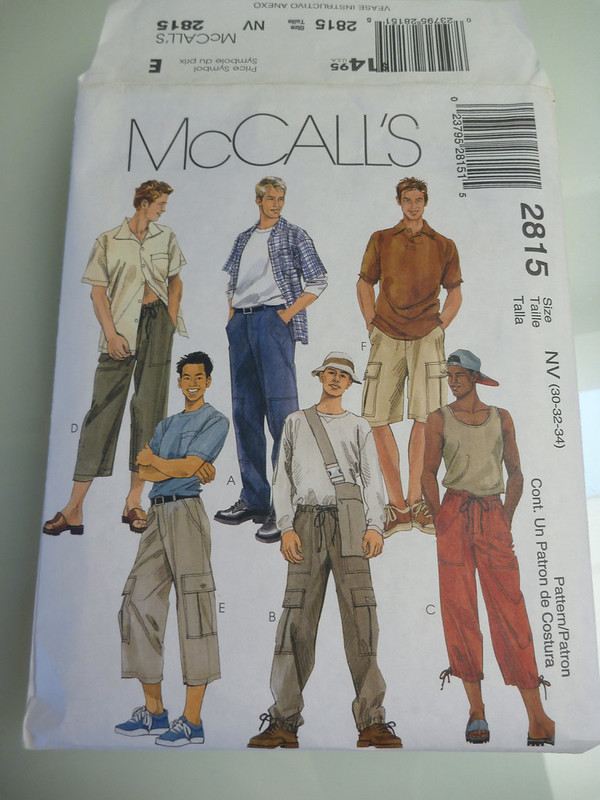 I will tell you right now that this is the MOST dreadful menswear pattern imaginable. If you’re thinking of making a clown costume for Halloween, you’ve got the bottom part covered with this pattern. They’re beyond huge, sort of like having wings behind one’s legs. There’s loose, and then there’s absurd. Adding to the horrors, a total of 3″ has to be eased into the waistband. I’m sorry, but no guy wants his pants gathered onto a waistband. Isn’t the drawstring supposed to take care of that? Who thinks up these things?

Essentially, I remade the whole pattern …. just in time to catch the ferry to Martha’s Vineyard. 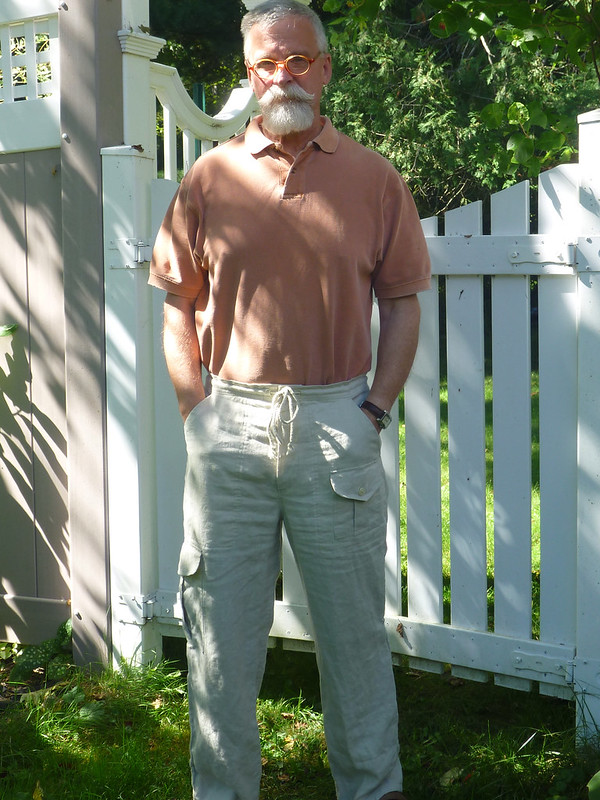 Loosely based on version B, with a decidedly asymetrical vibe. 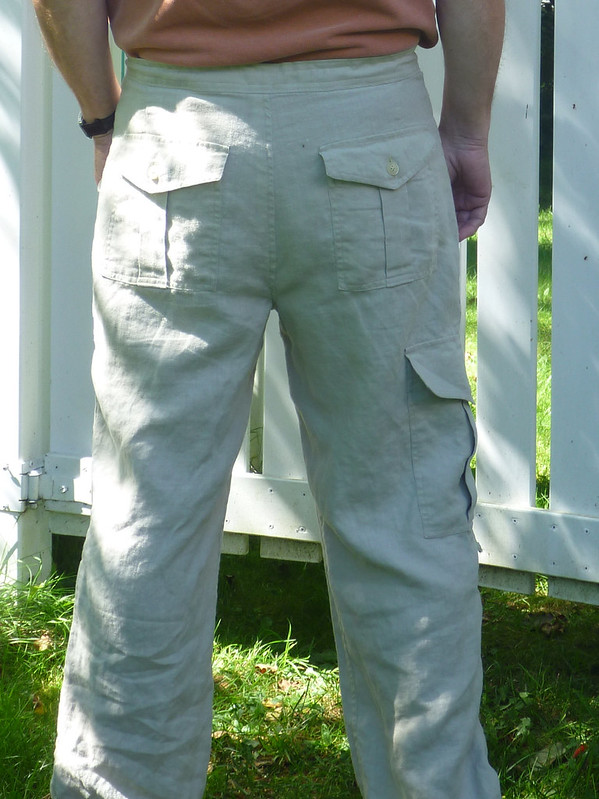 I added darts to the back to take up the 1.5″ of ease, and drafted pockets and flaps based on the pockets from my safari jacket. This pattern does not include back pockets (another strike against it). Dear McCall’s, most guys like to carry their wallet in a back pocket. 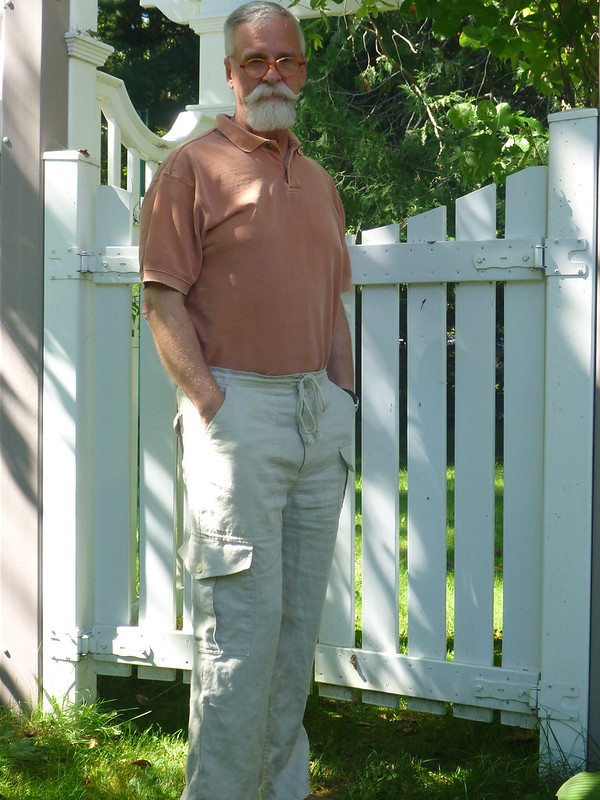 The side pocket was the only original part of the pattern that I used. I drafted a different flap for it, however. 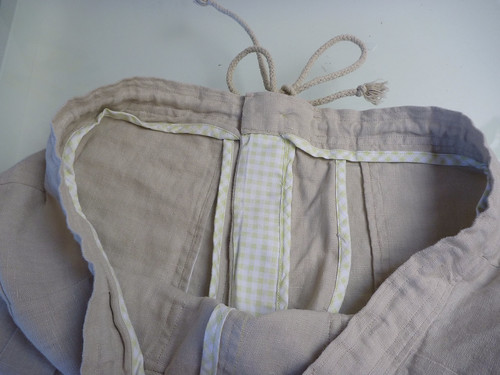 I adapted the fly and zipper shield from Thread Theory’s Jedediah pants. I am more and more thankful for this pattern all the time! 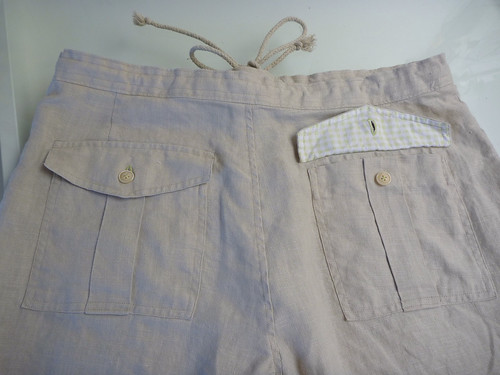 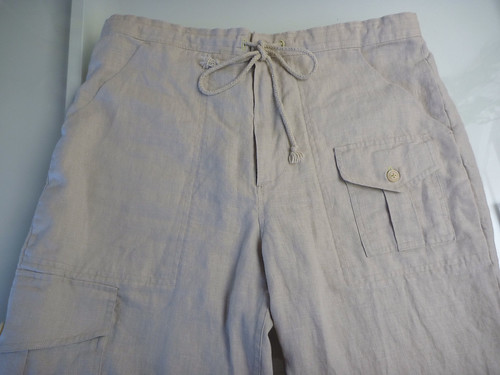 Fabric from Gray Line Linen. Cording and buttons from Pacific Trim. The cording was a perfect match! Thank you sewing gods. 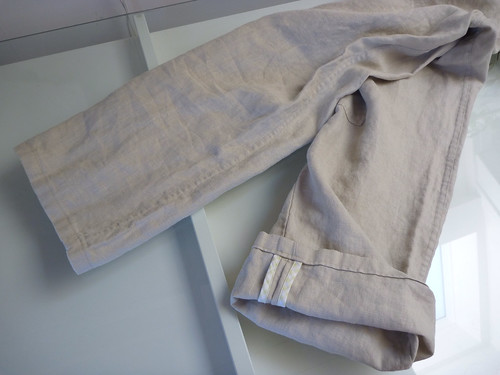 Flat felled inseams, outer seams with bias binding, a la Jeds. It makes for such a beautifully finished pair of pants. Well worth the little bit of extra effort. 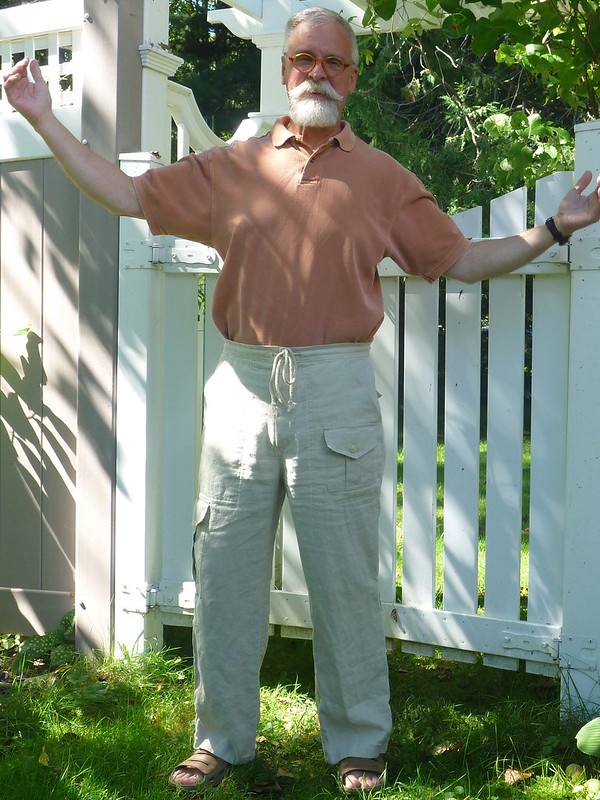 Cargo pants for the old man. Who says you can’t teach an old dog new tricks! Now if summer could only last a little longer.