Welcome back. This post is all about the sleeves. Again, it’s not a tutorial, just an overview of the process. For us sewists there’s a great deal of satisfaction to be had by a well set sleeve. Am I right? Do you find yourself looking at the sleeves on couture garments on Style.com? I do. The bar is set high, so let’s jump in. 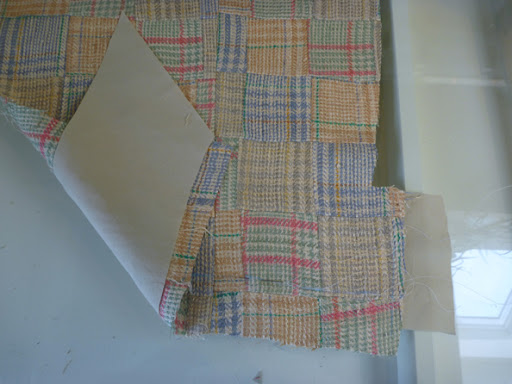 The upper and under sleeves are sewn along the unvented edge and pressed open. Cut a 5″ wide strip of bias pocketing and place it behind the sleeve so that it lines up with the tops of the vent extentions. The bias cut allows this strip to be pressed into a curve to better mimic the shape of the cuff. 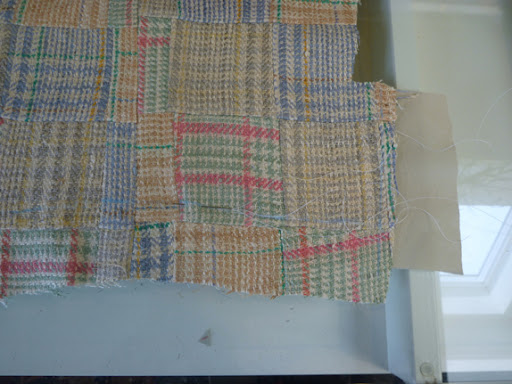 Working from the front, the strip is basted to the sleeve along the seamlines of the vents and along the fold line of the hem. 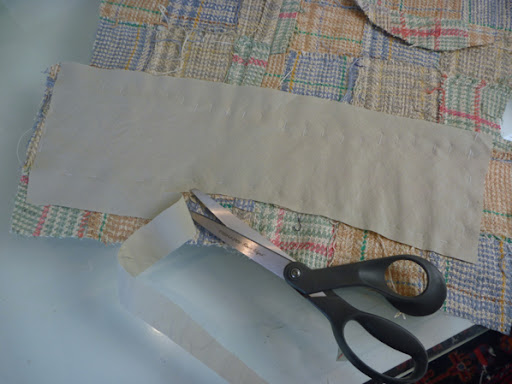 The piece is flipped over, and the excess pocketing is trimmed away. I think you can see in this photo that I’ve also basted across the top edge of the pocketing to hold it in place. 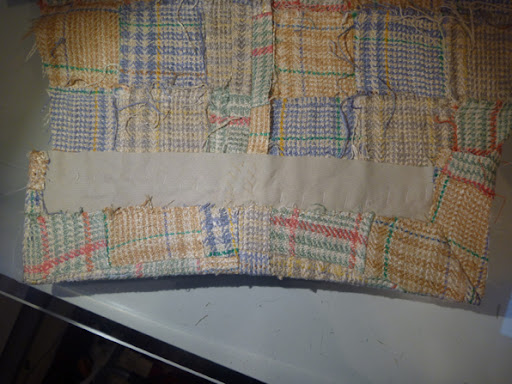 Next using the basting as a guide, the vent extentions are folded in and the sleeve hem is pressed up into position. A mitre is folded at the corner of the upper vent. Cabrera advises against trimming any fabric out of this fold since it makes future alterations of the sleeve impossible. It also gives some weight to the vent. However, I felt that the corner was just too bulky with this fabric, so I broke his rule and clipped a chunk of fabric out. It made a huge improvement. I’m not planning on any sleeve alterations in the future. Plus, I think my arms have stopped growing.

Complete the hem by slipstitching the fabric into the pocketing. It’s just so much easier to get all this done with the sleeve flat. 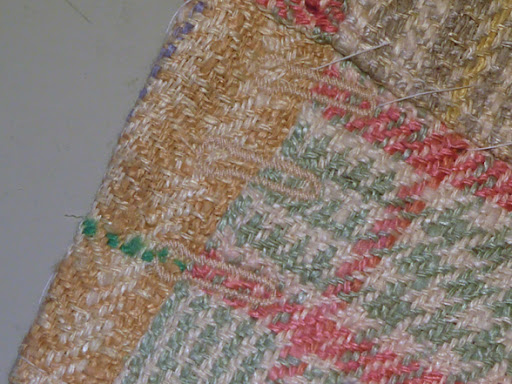 I think this is also a good time to make the buttonholes on the upper vent. I’m not intending these to be functioning buttonholes. Sorry, but it’s a couture touch that I just don’t need. I mean really, when is the last time that anyone had to unbutton their jacket cuffs? Certainly not me. I’ll be just as happy with the buttons sewn onto faux buttonholes. This will also greatly simplify the lining of the sleeves. 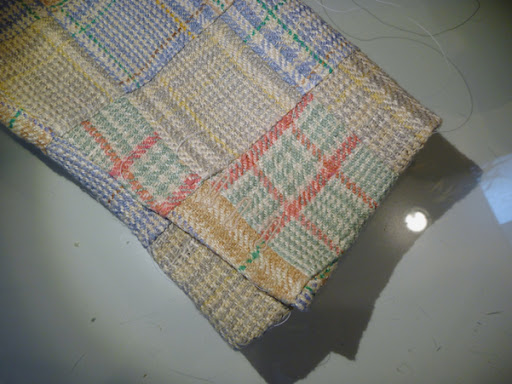 The sleeve is then sewn shut. Now it just needs to be set into the jacket. 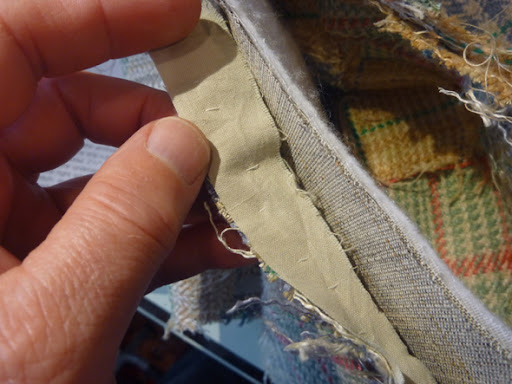 Before I get started on this, please don’t get discouraged. What looks like a lot of work actually goes along very quickly. It’s just basting, and it doesn’t have to look pretty. It will all get pulled out in the end anyway. I’ve found that the benefits far outweigh the time spent on these steps.

So, a crossgrain strip of pocketing (mine is 7/8″ wide by 20″ long) is basted around the edge of the armhole. Peel back the canvas and diagonally baste only to the fabric. The strip starts at the front notch, goes up over the shoulder and down the back to the underarm. Only about 2 or 3 inches of the armhole will be unreinforced. 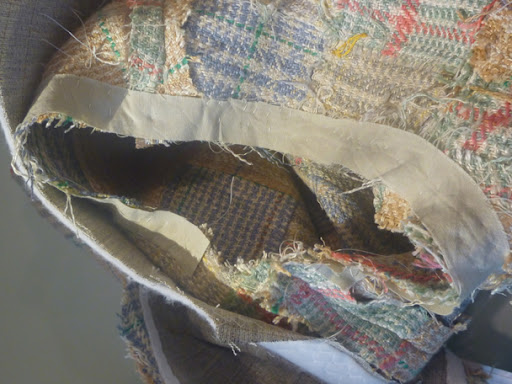 You will want to go around twice. First baste close to the armhole edge. Next try to baste close to the other edge of the strip. Some of your stitches may miss the mark. It’s no big deal. Just work along and you’ll be surprised at how quickly this goes. Trust me, in the end this will all be worthwhile. 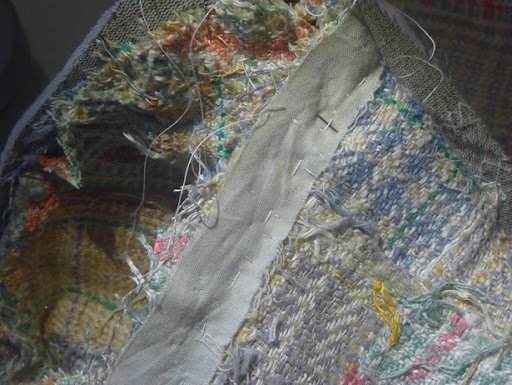 Cabrera sets the sleeve, creating the ease over the sleeve cap entirely by hand. I’ve tried and find it impossible to do. I machine baste the seamline of the sleeve cap and pull up a thread to create the ease. I adjust the ease as I pin it into the opening.

Ok, with the sleeve pinned into place, baste it close to the seamline with 1/4″ stitches. Once you have gone around, go around again, this time placing the stitches in the spaces between the first round of basting. Why? Because now you can take out all the damn pins and there is practically no chance that you’re going to get a little “catch” as you sew the sleeve in.

Trust me, this actually goes much faster than you might think. And….. 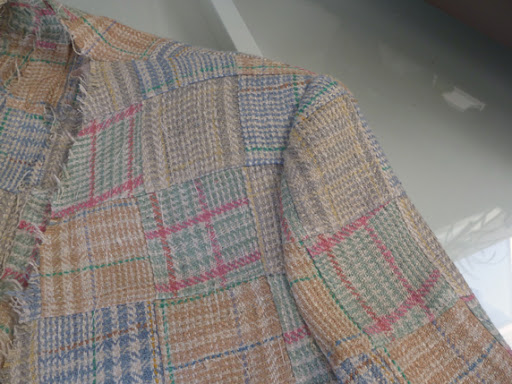 The results speak for themselves.